How Do Delivery Services Like Zomato Will Deliver Food in 10 Minutes? 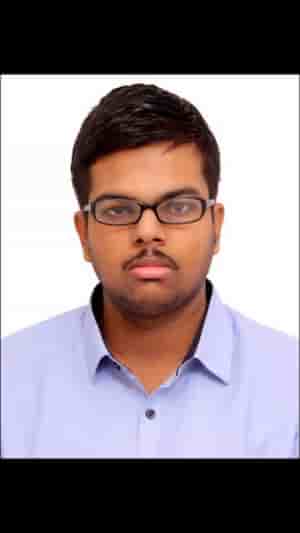 With the threat of the Covid-19 pandemic always looming, the demand for delivery services-be for food or groceries - is at its peak. This is especially true in metropolises like New Delhi, Mumbai, Bengaluru, Chennai, etc, which have a significant middle-class population in addition to their bourgeois.

Thus, there is a need for delivery services to ramp up and make their services faster than before, to cope with the ever-rising competition and meet the demands of the customer. Thus, various grocery apps such as Zepto, Blinkit (earlier known as Grofers), BigBasket, and Swiggy InstaMart have already started delivering basic grocery essentials such as dairy items, fruits, vegetables, cereals, etc within the next 10 minutes (yes, you read it right, just 10 minutes) to deliver the respective items.

On the 21st of March, 2022, another revolutionary announcement was made when the CEO of the popular food delivery Service Zomato, Mr Deepinder Goyal, launched Zomato Instant, in which some specific food items would be served to the customer within 10 minutes. The food items that would be sold within 10 minutes would be the ones that are “popular, standardised, and can therefore be dispatched within 2 minutes” in Mr Goyal’s own words.

So now we would discuss in this article how, first, the plans of Zomato briefly as to how they want to deliver food products within the next 10 minutes. We would also discuss how are grocery items are dispatched to their customer in the first place, within 10 minutes? We would then discuss the concerns shown by various organisations that whether delivering in such a short span of time is safe or not and then end this with the various memes we saw on Twitter when Zomato Instant was launched.

On the 21st of March 2022, the CEO and founder of Zomato, Mr Deepinder Goyal shocked the business world, when he said in his blog that Zomato is planning to launch Zomato Instant, in which they would deliver hot meals to their customer within just 10 minutes.

This created a furore as while groceries being delivered within that time limit wasn’t something unusual but hot cooked food was something no one thought would ever come considering the time it takes to cook the food properly, then packaging it and other stuff that is involved in it.

Zomato is planning to launch a pilot program with four stations in Gurugram, Haryana, and, depending on its success, it would expand to other major cities.

Replying to a query on Twitter, Mr Goyal said they can expect food that can be cooked and served quickly like Bread Omelette, Poha, Momos, Maggi, etc. If a customer is expecting a thing that takes time to cook, like say a Dal Makhani or a Rajma Masala for example, then there would not be any changes in the time taken to deliver those items.

Here, Zomato would set up ‘finishing stations’ at multiple high-demand locations across a particular city. These stations will house roughly around 20-30 bestseller dishes (which can be made quickly) from various restaurants based on demand, predictability, and hyperlocal preferences, which they can find out from the data they have in the first place.

With the help of Machine Learning algorithms, they would gradually get much better at determining what kind of meals should come under the ambit of Zomato Instant.

Delivery of Grocery Essentials Within 10 Minutes- “The Dark Store”

Grocery services have their own equivalent of finishing stations, as discussed in the case of Zomato by the name of "Dark Stores". "Dark stores" refer to a small retail distribution centre or warehouse, located in the suburb of a metropolis. Rather than conventional fulfilment centres or warehouses, these “dark stores” are located within the suburbs of the cities, to fulfil their aim of serving essentials quickly to their customers. The employees of the “dark stores” generally work in 2 shifts 24x7. They are called “dark stores” as they are closed to the public and are for only fulfilling online orders.

So what happens, in these brightly lit and ventilated “dark stores” have stocked grocery essentials in the store, then, they get information about a customer’s order through the handheld device they have in their hands, then they move around the dark store to locate an item, scan the barcode present and then check whether it matches with the item the customer ordered, if it is correct then they move on the next product. Thus, digitization and automation are the key pillars of a “dark store”. It is just a scaled-down version of what we see in large fulfilment centres.

There are multiple advantages of having a “dark store”. It makes it easier to store perishable products and gives us more control regarding inventory management. It also helps corporations to store an extensive range of products.

Concerns About Delivering in 10 Minutes

There have been various concerns about companies managing to deliver their products within the stipulated amount of time, with the major one being road safety. This is a major problem in virtually all Indian cities, where roads are riddled with potholes, with cattle or other animals straying into traffic. This presents a frequent challenge for motorists, who often violate basic rules to deliver their product within the required time limit.

So now various non-governmental organizations have doubted the feasibility of food or groceries being delivered within 10 minutes without compromising on the safety of the drivers. This has also led to debates within the political circles of India, when the home minister of Madhya Pradesh, Mr Narottam Mishra had accused Zomato of “jeopardizing the lives of delivery drivers” with the launch of Zomato Instant. A Member of Parliament from Tamil Nadu, Mr Karthi Chidambaram, has also spoken regarding this issue in the Lok Sabha.

When 13 drivers of Blinkit and Zepto were interviewed by Reuters in 2021 in various cities of India, like Mumbai, New Delhi, and Gurugram, they said they had to face immense pressure to meet delivery deadlines or else face losing their job.

Since then, companies have taken various measures to build more “dark stores” as near as possible so drivers don't have to risk their lives and can do it within the stipulated time limit.

With the launch of Zomato Instant, there have been a lot of memes on multiple social media platforms, especially on Twitter regarding the 10-minute delivery scheme. Let us take a small peek at those memes.

Thus, here we have discussed briefly how delivery services act on their promise of delivering their products within 10 minutes regarding groceries and the plan of Zomato on how they would potentially deliver meals to the customers within 10 minutes. We have also discussed the various concerns regarding the 10-minute delivery plan and the social media reaction due to Zomato’s new plan.

In the end, these companies contribute a lot to the growth of the Indian economy as a whole, due to the various jobs they provide. These new 10 minute plans may sound risky but in the end, you have to take such bold initiatives to succeed in the current world. These bold initiatives are a huge reason for Zomato's successful Initial Public Offering (IPO) in July 2021.

How does 10-minute delivery work?

There are dark stores set up in different locations across the city, as the customer orders something the food or grocery is picked up from the warehouse or dark store and delivered within 10 minutes.

What are the apps that deliver in 10 minutes?

Zomato, Zepto, and Blinkit are some of the apps that deliver groceries or food in 10 minutes.

What Is ONDC? How Will ONDC Impact the Ecommerce Industry of India?