What Everyone Ought To Know About Fantasy Games In India

Time and again, an app comes into play that floods up the market share. Online Fantasy Games has become more common in the last 2 decades and shockingly it has secured top gear in India. Because, if by creating your own imaginary team, you could earn some real money, then, why not?

Let's dive in and look at the world of online Fantasy games in India a little better.

About Fantasy Games In India

Prominent players (M.S. Dhoni, Virat Kohli) in fantasy sports such as Dream11, My Team11, Halaplay, 11 Wickets, Starpick, and Fantain have partnered with official sports leagues (IPL, Test Matches, Kabaddi leagues) as their fantasy sports game partner. This has helped a lot to keep up with the credibility of their apps and websites.

"This could imply that fantasy sports platforms could potentially be considered as a means for earning increments by comparatively lower-income groups, leading to an increased engagement with the platform":  KPMG-IFSG report

Fantasy sports have been surveyed with respect to two parameters:

It might be challenging that as fantasy gaming in India gains popularity, it becomes more and more competitive with much higher cash rewards at stake. This trend started with cricket coinciding with the incoming of the Indian Premier League (IPL) in 2008, now there is a long list of sports to choose from: football, hockey, kabaddi, carrom, pool, badminton, basketball, and more.

Category of Sports Played by Gamers

Here's a graph that delves into the category of sports played by gamers in online fantasy sports platforms across India in 2019.

Indian fantasy gaming industry has started to boom in the startup culture. It has been observed that cricket sports are more loved in fantasy gaming than any other sports. It's been followed by football, kabaddi, basketball and others.

We've compiled a list of the top online fantasy gaming companies in India.

India got its first gaming unicorn - Dream11 - the Tencent-backed fantasy sports startup and which has now emerged as the proud sponsor of the 2020 edition of the Indian Premier League (IPL) held in UAE. Cricket with a magnificent chunk of popularity among all the sports in India evolved to be the first portal-based online game for fantasy sports in India. According to KPMG and the Indian Federation of Sports Gaming (IFSG), Dream11 alone occupies more than 90% of the fantasy sports market and inspires more entrepreneurs and startups to see fantasy gaming as a measurable business proposition.

Dream11 has given the chance to Indian sports fans for getting rewards for their sports knowledge. It became the first-ever fantasy sports gaming which entered the “Unicorn Club”. A unicorn is a startup company valued at over $1 billion. The term came to light in 2013 by capitalist Aileen Lee, delved the mythical creature ‘unicorn’ to represent the statistical rarity of such successful ventures. India is home to 31 Unicorns today, with consumer service startups leading the charts.

Halaplay is listed under Daily Fantasy Sports(DFS) gaming for users. It offers sports leagues for Cricket, Football, and Kabaddi. Here, the player has to bet on some money and can win cash prizes. Founded by Saurav, Prateek Anand, Ananya Singhal, and Aman Kesari with its launch operation held in January 2017. Nazara Technologies and Delta Corporation have funded the company.

MPL is a Bangalore based e-sport platform launched in September 2018. It is one of the best fantasy sports companies in India which everyone enjoys. Virat Kohli is the brand ambassador for this gaming company. It leads many other online gaming platforms because players win reward prize by playing in 30+ games and it covers 4 crore players across India. Games like pool, ludo, goride, pro cricket, fruit chop, crossing gaps, and many more are available here. Amazingly, tournaments and events are organized where you can compete and win, then a certain amount gets added to your wallet.

With the tagline “Ab India Khelega”, Gautam Gambhir has conquered the hearts of millions of cricket fans in India. It is one of the latest online fantasy gaming apps in India which is free. It has grown a lot in a short span of time with 6 million + App Download. The free fantasy game comes with three things i.e. ‘Fantasy Leagues’, ‘Challengers Leagues’, and ‘Daily Predictions’.

Fanfight is a fantasy sports league game founded by Akhil Suhag in May 2016 which hosts for both cricket and football. With 6 million downloads, you pick a fixture from a game centre and choose a cash contest from listed items. Select the best 11 and win. Fanfight is a Silver member of FIFS (Federation of Indian Fantasy Sports).

11 wickets are India’s exponentially growing fantasy sports game that hosts in the sports category, particularly for the cricket and football fans in India. It was founded in 2018, further owned and operated by Ability Games Pvt. Ltd. Ability Games is a research and game development company focused on cutting-edge technologies. It is one of the pioneer companies in the field of gaming and development.

Zapak is an online gaming website that provides browser games on a global level. It is launched in 2006 and promoted by one of the leading industries of Anil Ambani's Reliance Big Entertainment. This company has become one of the re-known gaming companies in India. It has drawn quite a significant interest of its users in casual games, and massively multiplayer online games.

BalleBaazi.com was co-founded in January 2018 by Navkiran Singh, Saurabh Chopra, and Puneet Dua.  It launched tournaments for 20-20 cricket competitions & Tournaments in 2018. BalleBaazi accumulated a user base of around 400,000 active users within 12 months after its launch. BalleBaazi announced the famous Indian cricketer Yuvraj Singh as its brand ambassador. BalleBaazi lets participants create their own virtual team of real cricket players and earn points based on the performance of these players in real matches. It offers both free and paid contests. A user has to pay a certain fee to participate in a contest and can win cash.

MyTeam11 is a leading platform for online fantasy sports gaming. It was launched in 2016 by Vinit Godara and Sanjit Sihag. It is having a user base of 15 million and is a well-known member of a Platinum member of FIFS (Federation of Indian Fantasy Sports). MyTeam 11 offers five major sports which are Cricket, Baseball, Football, Basketball, and handball.

Rummy Circle is amongst the most popular games in India. It's easy, fun, and packed with a healthy dose of challenge that will keep you coming back for more. Fast gameplay, secure platform, and safe transactions along with international standards of gameplay make us amongst India's most popular gaming websites.

This fantasy sports platform has nine categories of sports which include Cricket, Kabaddi, Basketball, Volleyball, Football, Hockey, Baseball, Handball, and Rugby. The gaming platform also provides the opportunity to participate in real-time quizzes for the user’s entertainment as well as to earn some real money.

Paytm First Games is the application owned by Paytm Company for people who are into sports, card games, tournaments, trivia, and other entertainment options. The fantasy sports platform has over 300 games and boasts a gaming community of 4.5 Crores. Players who participate in such events can win special tournaments and can also earn up to Rs 5 crores in Paytm cash.

My11circle, owned by Play Games 24*7 Pvt. Ltd is an online fantasy sports platform for cricket lovers who would want to win through their cricket knowledge and interest. Former cricketer Saurav Ganguly is the brand ambassador of the My11Circle and the platform has more than 50 lakh users. Additionally, My11Circle is mobile-friendly which provides a great experience to cricket enthusiasts. The gaming platform also provides highly improved graphics and animation that adds to the gaming experience. You can also participate in tournaments, create your own team, use your skills and knowledge, and if played the right way, you can also win rewarding cash prizes.

The fastest growing platform around the world is Fancy 11 and the application has more than 100 thousand downloads. Fancy 11 app currently offers three major sports such as Cricket, Kabaddi, and Football.

Ftoss is a skill-based fantasy sport platform through which you can create your own team using your sports skills and knowledge. Ftoss currently provides cricket and football leagues and you can join different match formats such as Test T20, ODI in cricket or you can also select your favourite league matches in Football. If you fulfill the winning criteria, you can earn real money.

Headquartered in Mumbai, LivePools company along with its associated applications, partner applications, and mobile applications, offers cricket and football-based fantasy sports games. You can compete with other sports lovers through this platform and test your knowledge of the sport. Also, you can win exciting cash prizes. You can choose between football and cricket after registering and you can select your match from the available groups. With your sporting knowledge, you can make your own teams, you can enter paid or free challenges to warm up test your skills.

Digitalization of the globe has been the key contributor behind this growth story of online fantasy gaming. The growing use of smartphones, improved bandwidth of internet access, low latency, improved screen size and features of gadgets has increased the access to the games launched by these companies. This has been the paradigmatic shift of the public interest in fantasy gaming.

It's like a wide-open mouth situation that all of these fantasy gaming was home-grown startups in India which have now transformed into some of the most popular online fantasy gaming platforms.

Why is Fantasy Cricket Gaining Popularity in India?

The reasons of the rapid adoption of fantasy sports in India have been listed below:

A large population in India has a special space in the heart for sports gaming, and sports leagues for cricket, including those for kabaddi, football, wrestling, and volleyball.

Exponential growth in terms of its digital infrastructure. Growing affordability of smartphones, expansion of the internet user base, and plummeting data price are resulting in such growth.

E-sports leaders from Tencent to Nazara are also investing in fantasy sports gaming and the plus point is that in a diverse country like India, they are bringing up the content in religious language too.

Sports players like M.S. Dhoni, Virat Kohli, Hardik Pandya have been promoting these online fantasy sports in cricket. Fantasy Sports gaming helped sports fans to play fantasy games. The fan base has also helped gain popularity in these types of sports. It is said that as ‘a game of skill’ and not as a ‘game of luck’.

What are fantasy games?

A fantasy sport (also known less commonly as rotisserie or roto) is a type of game, often played using the Internet, where participants assemble imaginary or virtual teams of real players of a professional sport. These teams compete based on the statistical performance of those players in actual games.

Which is the best fantasy sports in India?

Is fantasy gaming legal in India?

The legality of fantasy sports in India is dependent on whether the game qualifies as a 'game of skill' or a 'game of chance'. However, games involving a considerable and substantial degree of skill (mathematically, more than 50%) fall outside the scope of gambling laws6 and hence are legal in India.

How is the gaming industry in India?

Statistics show that the Indian gaming market is the fastest-growing one in the world. In 2019, there were 357 million gamers in the country. But the number is continuously rising. The industry experienced drastic growth at the beginning of 2020 due to the pandemic. 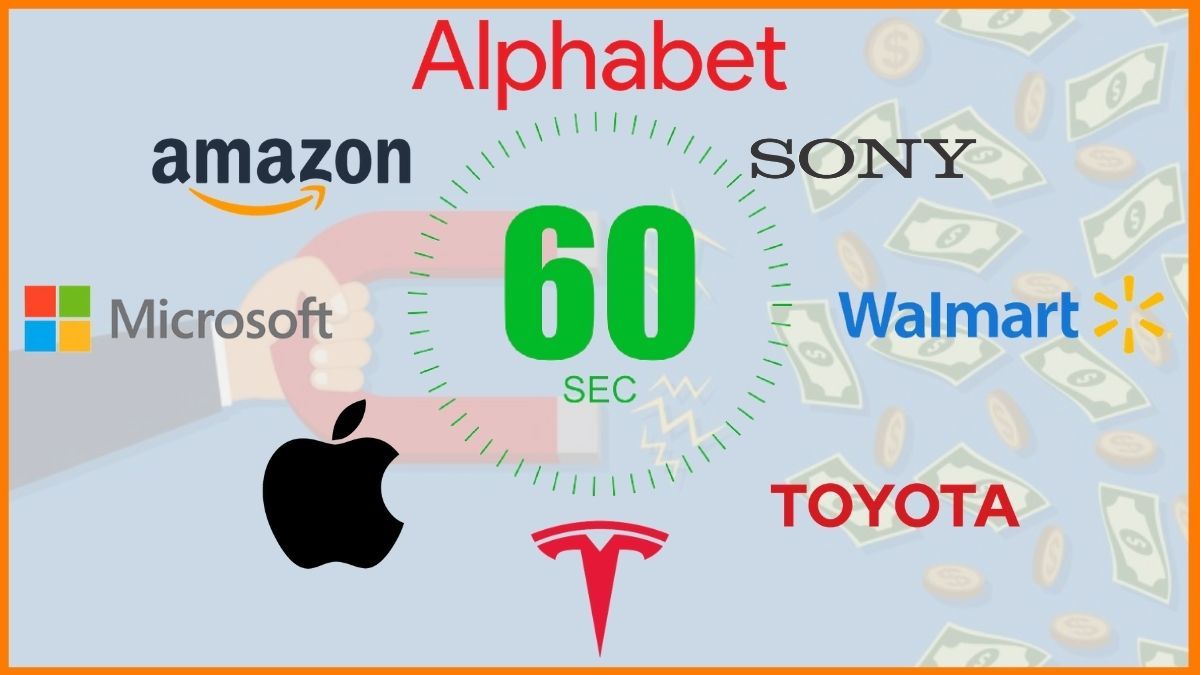 Checklist For Launching Your Startup 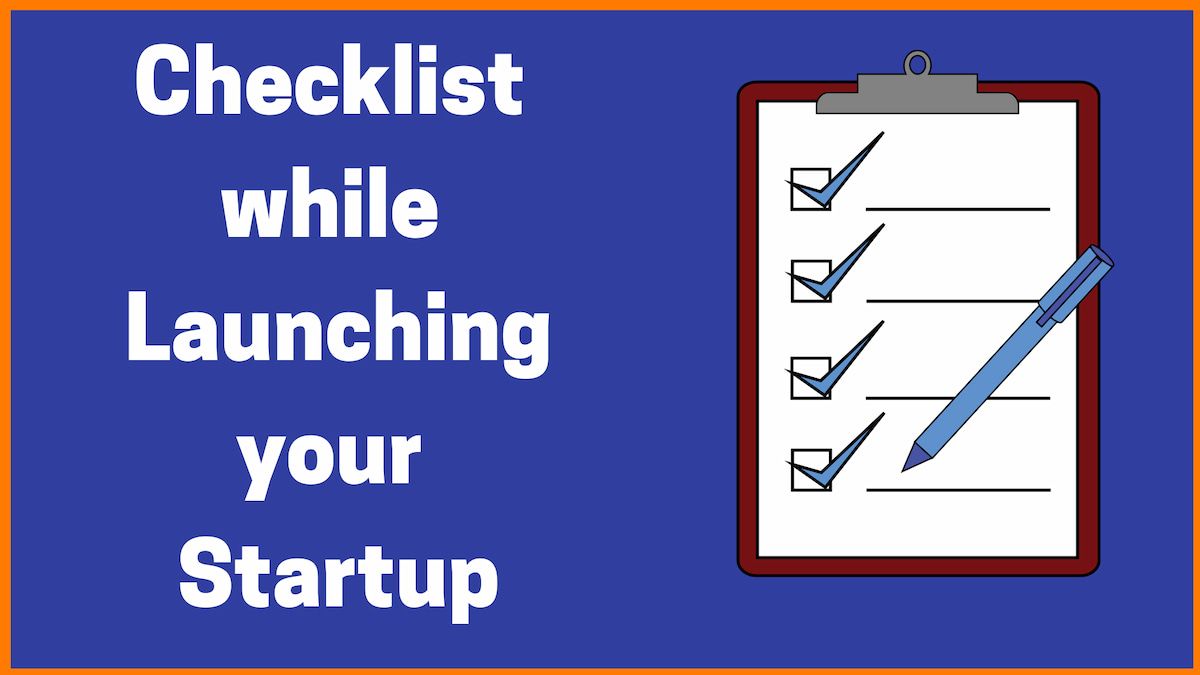 How To Use Data Forecasting For SEO

Tencent - All You Need to Know