Cryptocurrency: Boon Or Bane to The World Economy 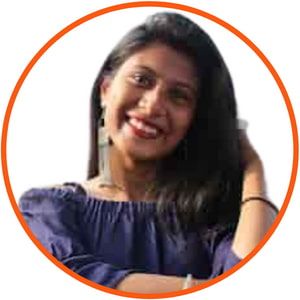 With the industrialization and absorption of technology, digital currencies are gaining much importance of late. Bitcoin is undoubtedly one of the most popular digital currencies because it was the first-ever cryptocurrency that was discovered in 2009, by the pseudonymous developer Satoshi Nakamoto. Therefore, the people who are aware of cryptocurrencies and their concepts are well-versed with bitcoins at least.

The global cryptocurrency industry was last estimated towards the end of 2021 at $910.3 million and is expected to grow at a CAGR of 11.1% to $1902.5 million in 2028. Though we are still devoid of the exact data, the total cryptocurrency investors in India range between 15-20 million, where the total crypto holdings were estimated at 400 billion rupees ($5.37 billion).

Though the cryptocurrencies or the income drawn by the Indians from the same were not taxed earlier, in a recent move to bring the cryptocurrencies and non-fungible tokens (NFTs) under the tax bracket, the Indian Finance Minister Nirmala Sitharaman announced a 30% tax on the income from the transfer of virtual digital assets on February 1, 2022, Tuesday. Sitharaman further specified that no deductions and/or exemptions would be allowed here. The crypto tax, being proposed at 30%, is the highest tax band that has been introduced in the country so far. This crypto tax news is also happily welcomed by the crypto industry, founders and entrepreneurs alike. The chiefs of 3 major organizations - WazirX, CoinDCX, and ASQI responded cheerfully to the news as soon as it was disclosed by the Indian government, happy at the progressive stance the government is taking.

In this article, we will talk about the significant advantages and disadvantages of Cryptocurrencies.

A cryptocurrency is a type of virtual currency that uses digital files as money. Normally, the files are designed using the same methods as cryptography. Cryptocurrencies use 'decentralized control', which means that they aren't managed by the government or one person.

There are many different types of cryptocurrency in the market that are taking the world by storm. Some well-known currencies are:

Bitcoin is the most popular cryptocurrency out there and its development is the inspiration and result of the development of other cryptocurrencies. It was founded in the year 2009  by Satoshi Nakamoto, whose identity is revealed. The current value of bitcoin is INR 1514136.15

Litecoin was developed in the year 2011. The creator was Charles Lee, who was a former Google engineer. The current market value of Litecoin is INR 3934.91. It is quite similar to bitcoin and is popular as well.

Ethereum was founded by programmer Vitalik Buterin in 2013, he is also the co-founder of Bitcoin Magazine. The current market value of Ethereum is INR 83896.38.

Zcash, another form of cryptocurrency was founded by Zooko Wilcox-O'Hearn. This crypto was developed and released in the year 2016. The current market value of Zcash is INRT 4716.53.

Stellar Lumen was created by Jed McCaleb in 2014, who is an American programmer and entrepreneur. as it is cheap it is said to be good for investment. The current market value of Stellar Lumen is INR 8.4.

Another cryptocurrency that is taking over the world is Cardano. It was developed by Charles Hoskinson, who is also the co-founder of Ethereum. The current value of Cardano is INR 35.31.

People are getting more and more obsessed with cryptocurrency. Here are some advantages of Cryptocurrency investments:

It's one of the great advantages of cryptocurrency as inflation has caused multiple currencies to make their value decline over time. Nearly every cryptocurrency, at the time of its launch, is issued with a set amount. The source code defines the amount of any coin; like, there are only 21 million Bitcoins released in the world. So, as the demand increases, its value will rise, which will keep up with the market and, in the long run, restrain inflation.

It is possible that you can spend or purchase anywhere you are, and you do not even require a system to use it. Everything can be done from your mobile device, implying that even those with limited usage of technology are still able to make their investments and make decisions in real-time. This convenience is a fundamental feature for the selection and buying of bitcoin and it is being used all over the world to give opportunities for those who would earlier have struggled to become online customers.

Self Governed and Managed

Governance and preservation of any currency are determinants for its development. The cryptocurrency transactions are collected by miners on their hardware, and they get a transaction charge as a reward for doing so. Since the miners are getting paid for it, they keep transaction records precise and updated, maintaining the honesty of the cryptocurrency and the records decentralized.

Privacy and security have always been a primary concern for cryptocurrencies. The blockchain record is based on many numerical puzzles, which are difficult to decode. This makes a cryptocurrency extra secure than conventional electronic transactions. Cryptocurrencies, for better safety and privacy, use pseudonyms that are unconnected to users, accounts, or saved data that could be connected to a profile.

A significant advantage of cryptocurrency is its decentralization. The majority of cryptocurrencies are regulated by the developers using them, and the individuals who have a notable amount of the coin. The decentralization assists keep the currency monopoly free and in check so that no organization can ascertain the movement and the value of the coin, which, in turn, will keep it stable and secure, unlike currencies that are controlled by the government.

One of the important applications of cryptocurrencies is to transfer money across borders. With the help of cryptocurrency, the transaction expenses handled by a user are decreased to a negligible amount. It does so by eradicating the necessity for third parties, like VISA or PayPal, to approve a transaction. Transactions, whether foreign or national in cryptocurrencies, are lightning-fast. This is because the verification requires very little time, as there are very few hurdles to pass.

There are many reasons cryptocurrencies are still facing the heat from people. Some of the disadvantages of cryptocurrency investment are:

Since the privacy and security of cryptocurrency transactions are stable, it is difficult for the government to track down each user by their wallet address or keep checks on their data. Bitcoin has been used as a mode of exchanging money for a lot of illegal contracts in history, such as acquiring drugs on the dark web. Cryptocurrencies are also used by some to convert their illegal money through a trustworthy mediator to mask its origin.

No Security in Case of Loss

As with emerging technology, some use incompetence to scam, trick and steal your hard-earned bucks. This has proven to be the problem with digital currencies, so it is necessary to be informed of the security risks. With a few primary security, one can decrease the possibility of causing a loss that cannot be restored.

Some cryptocurrencies can only be patronized in one or a few fiat currencies. This limits the user to convert these currencies into one of the major currencies, like Ethereum or Bitcoin, then through other exchanges, to their wanted coin. By doing so, the additional transaction fees are added in the process, requiring unnecessary money.

Adverse Effects of Mining on the Environment

Mining cryptocurrencies requires a lot of power and electricity, making it extremely energy-intensive. The greatest culprit in this is Bitcoin. Mining Bitcoin requires advanced computers and enormous energy. It cannot be done on regular computers.

If there occurs a dispute between involving parties, or if a person wrongly transfers funds to the wallet address, they cannot be recovered by the sender. As there are no rebates, one can generate a transaction whose product or services they never received.

There are numerous ways that one can use cryptocurrencies, but a lot of people utilizing them at the moment are solely using them as an investment. While eager users are using their digital money to purchase tickets to sporting events, gamble online, or wait for the market fluctuations to work in their favour. Treating your bitcoins as any other commodity may be the way to initiate a more widespread understanding and trust in the new currencies.

What are the advantages of Cryptocurrency?

The advantages of Cryptocurrency are that it is decentralized in nature, it is not affected by inflation, and transferring money across borders is easy.

What are the disadvantages of Cryptocurrency?

Some of the disadvantages of cryptocurrency are, It is used for money laundering, it is highly volatile and it has high-security risks.

Is it good to invest in Cryptocurrency?

Investing in crypto can be profitable but it is risky too, as it is a highly volatile currency and is prone to market fluctuations.

What are the different Cryptocurrency wallets?

Some of the best Cryptocurrency wallets are:

Aditi Chawda
If you have anything interesting to share on our site, reach out to me at story@startuptalky.com

Jan 28, 2023
Mahenoor Mansuri Mahenoor Mansuri
Great! Next, complete checkout for full access to StartupTalky.
Welcome back! You've successfully signed in.
You've successfully subscribed to StartupTalky.
Success! Your account is fully activated, you now have access to all content.
Success! Your billing info has been updated.
Your billing was not updated.